Bryan Hartnell stated that Zodiac claimed to have killed a guard during an escaped from a Montana prison, very possibly Deer Lodge prison. I personally don't buy the attacker giving the name of the prison, assuming he was telling the truth about escaping from a prison. But maybe he did so because he was familiar with a prison escape so he was purposely giving false information.

There was a prison break in July 1968 at Montana State Prison in Deer Lodge. 12-14 men escaped from the prison, but I don't believe any guards were killed during the escape. Newspapers reported that all of the escapees were captured, the last was in Sept. 1968. 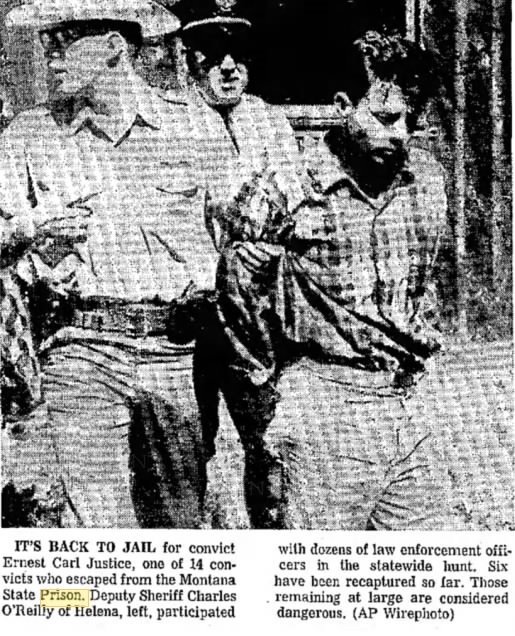 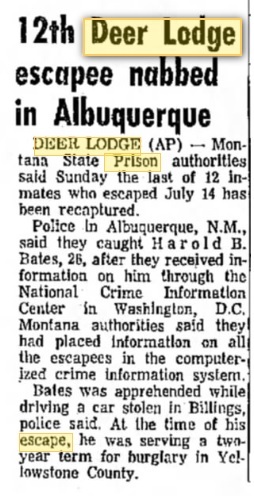