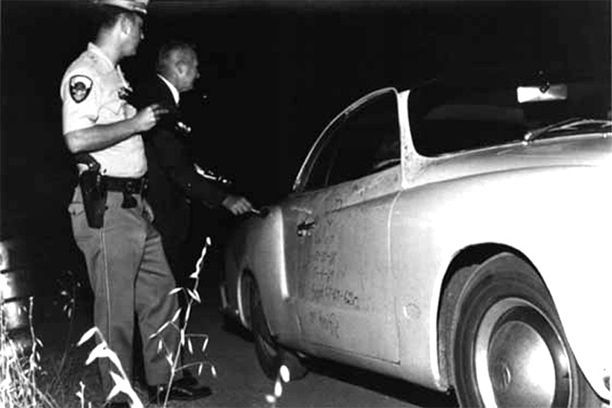 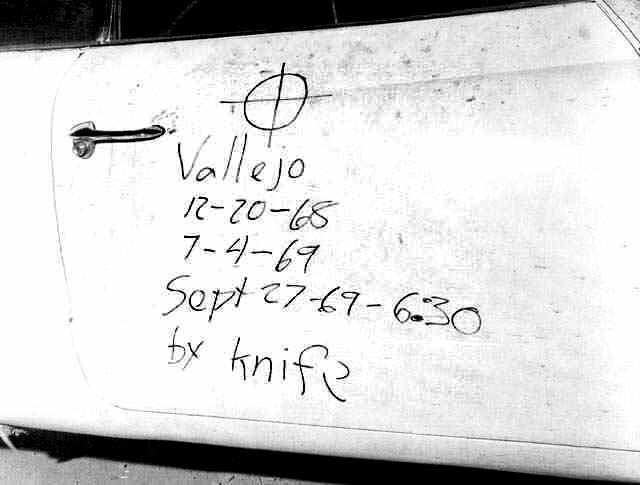 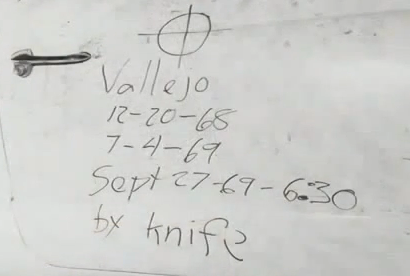 There was a white  R Karmen Gia  door for 50 $ in cal years ago  I wanted to buy to recreate the door message , it's just, it's  so creepy & American icon pop culture  you know

like driving by a bad accident ,you have to look , I bet zodiac did that ,heard of a bad fatal crash ,then drove by

Now, it just flashed upon Me that if I'm ever in a misfortunate enough place and at the wrong time to encounter anything or anyone remotely similar to Bryan and Cecelia did then here are my observations . . . .

On A Remote Island out around Lake Berryessa, Bryan & Cecelia were laying down talking when, from behind A tree, came the pictured 'Zodiac Killer' dressed exactly in that costume & holding a pistol.Bryan who survived multiple stab wounds tried His best to save Cecelia but was helpless to do so.

. . . Who would run away and throw myself head first into The Lake itself! 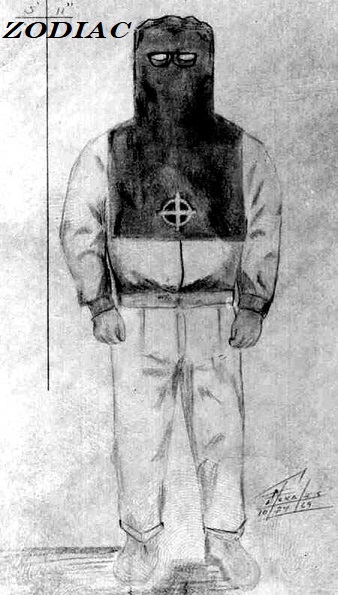 Me, seeing that smartly dressed lunatic above coming out from behind the trees brandishing a gun and briskly approaching Myself & My Girlfriend? No time for contemplation of Zodiac's request to:

"Hold On everybody, just calm down, all I want is Your money and vehicle to get to Mexico"

I have already vacated the vicinity! I did so immediately after I had shoved My Girl straight toward and at the looney-bin in a hood while declaring: "Good Luck babe, and Goodbye!!!"

I'd have swam half the length of The Lake itself before Sighing a sign of relief! Obviously when the Media turn up they will hear all about how I stepped between My Girl and 'The Hood' only to be clubbed over the head and thrown by Zodiac into the Lake where I did set sail and float unconsciously out a good 100 - 150 Yards out. . . . on my back with face up able to breath obviously which, yep,that was incredible luck Mr Park Ranger!

WelshChappie in The face of adversity! 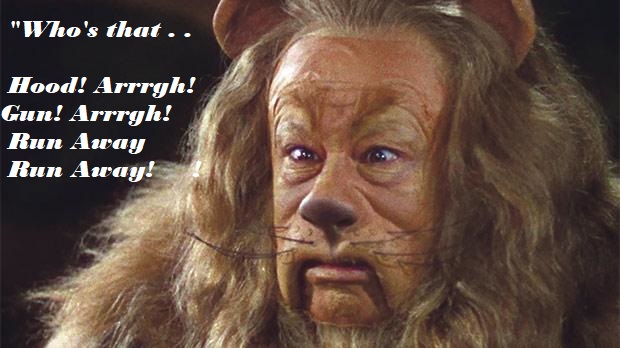