Do you think the DNA and/or prints are authentic?

Do you think the DNA that LE has in their possession is really that of the Zodiac? How about the partial palm print left on Paul Stine's cab? 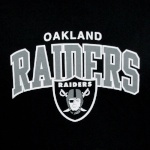 I voted no. I think somebody else wrote the Z letters and that person's DNA is on the envelope they supposedly obtained DNA from. The palm print... Zodiac left a pair of gloves in Stine's cab. And then left a partial palm print? Yeah, I doubt it.

It's a toss up for me. I see you point about gloves being left in the cab, that makes plenty of sense. I think there is a higher chance of the envelope DNA being authentic than the partial palm print from Paul's cab.

I think no but picked 'undecided' because there is just no way of knowing which answer is correct. 'Yes' is out the window for sure though.

DNA cleared Arthur Leigh Allen who, on paper, is probably the best suspect in the case. I don't think I would put him at the top of my list. Maybe. Not sure. But the point is that LE should not clear anyone because their DNA does not match. They don't even know if the DNA they have is from Zodiac. I would love to have that DNA compared to Fred Manalli's. I believe his sister said that she would let them use hers to do the comparison. So why isn't it getting done?

Rocketman wrote:I think no but picked 'undecided' because there is just no way of knowing which answer is correct. 'Yes' is out the window for sure though.

This. Too many things don't add up. 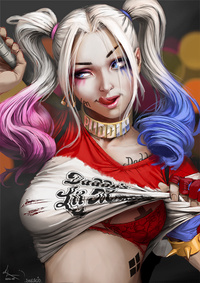 The palm print wasn't from the cab it was found on one of the letters. The bloody print that he forgot to rub off with the shirt material, I believe was his left by accident after he "removed" the gloves to get into Stine's pockets for the wallet. The gloves fell on the floor board ( Out of sight out of mind). Inside those gloves would be wealth of DNA ! I mentioned that to the head of the SFPD lab and she looked as if she didn't know about any gloves? Some said that they were a size 7 and because they felt Zodiac was the huge man from Lake B , those couldn't be Zodiac's. The wrist watch left at Riverside was 7 inches, would that also relate to a size 7 glove? Anyone know that answer? If Zodiac was telling the truth about using glue on his finger tips, so he wouldn't have left any prints, why then did he bother to wipe down the cab? Liar liar ,pants on fire !

I have always had a hard time visualizing Zodiac missing evidence and/or leaving gloves behind, but I guess, if it were me, I would panic and probably make a mistake or two because it is a residential area and who knows how long it is going to take before there are cops everywhere. I try not to think about the wrist size because I have seen large people with tiny wrists before. Obese people usually don't have a small wrist, but bulkier people could. Ross Sullivan probably didn't have a size 7 wrist, but it is possible I suppose.

I am 'undecided' on this. I really don't have much of an opinion just because it could go either way.