I just realized there was no thread on Gareth Penn, so here we go. I will post information on Penn when I get a chance, but for now check this out...

I'm not exactly sure what all of this is, but is seems like it is Penn sending his thoughts to someone, and he includes some info on why he likes Michael O'Hare as a suspect.

Click that first box thingy... I haven't checked out any of the other ones just yet. These are in the FBI archives, so I would think this was a bunch of stuff Penn had sent to an FBI agent, but not too sure.

Wasn't Penn looked at as a suspect? 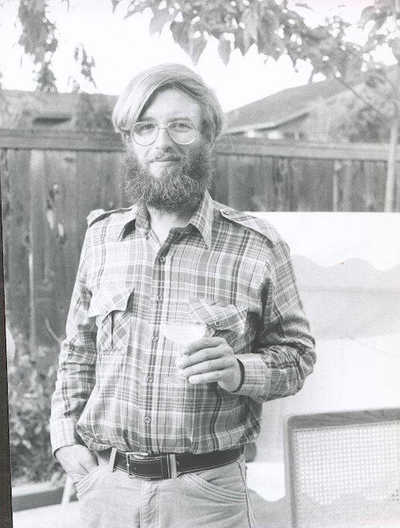 Gareth Sewell Penn (born 1941) is an American true crime author and amateur detective known for being among the first non-journalists to write about the Zodiac Killer case. He published a theory about the killer's motives, publicly accused a noted UC Berkeley public policy professor of the crimes, and labeled himself a one-time suspect.

In 1965, Penn entered the United States Army in Berlin, Germany and received basic training at Fort Dix, New Jersey. He received artillery survey training at Fort Sill, Oklahoma, where he became an Artillery Surveyor Instructor. He received the National Defense Service Medal and the designation of Expert Rifle Marksman. In 1967, Penn moved back to Berkeley, California, where he was transferred to the Army reserves. He was honorably discharged in 1971.

Penn's writing, mostly focused on the Zodiac case, was largely published in the The Ecphorizer, the newsletter of the San Francisco chapter of Mensa International, which had a peak readership of 700 and was published between 1981 and 1995[3] A 1972 piece he wrote while attending UC Berkeley, Gottfried von Strassburg and the Invisible Art was published in the peer-reviewed journal of Germanic studies Colloquia Germanica. The piece is a reflection on the legend of Tristan, a 12th-century hero of Celtic folklore.

Penn says his father, Hugh Scott Penn, who had been a U.S. Army cryptographer during World War II, introduced him to the Zodiac case while he was working for the California Department of Justice.[2]

Penn wrote two self-published books: Times 17: The Amazing Story of the Zodiac Murders in California and Massachusetts, 1966-1981 released in 1987;[2] and The Second Power: A Mathematical Analysis of the letters attributed to the Zodiac murderer and supplement to Times 17 in 1999.

Gareth Penn started writing about the Zodiac case in a 1981 article for California Magazine entitled Portrait of the Artist as a Mass Murderer.[5]

In Portrait, Penn theorized that the Zodiac crime scenes were selected by the killer in order to create a geometric shape over the surface of the San Francisco Bay Area as a sort of "murderous art project." Part of Penn's commentary about that theory included the observation that, "Other artists had sought to remove their work from the ordinary human perspective. Zodiac trumped them all."[6]

Starting around 1981, Penn began publicly accusing University of California, Berkeley public policy professor Michael O’Hare of the Zodiac murders in amateur newsletters and self-published books.[8] Penn openly accused O'Hare on at least two occasions.[9][10] The basis for these accusations was Penn's cryptographic analysis of a Zodiac letter, which he claimed yielded the name "Mike O."[11] He also accused O'Hare of the murder of Joan Webster, a graduate architecture student at Harvard who disappeared in 1981 and whose remains were found near Boston in 1990. Penn argued that a "geometric design" yielded similarities between the Webster murder and the Zodiac killings in California. On that basis, he accused O'Hare of murdering Webster.[12] O'Hare denied being involved in any murder,[13] and has written about his strange experience.[14]

O'Hare filed an FBI complaint against Penn and in May 1981, the Bureau investigated Penn for possible extortion. According to FBI memos, an agent “contacted Penn by telephone and told him that if he was responsible for the correspondence to [O'Hare] he should immediately cease and desist, pointing out that it could jeopardize any investigation and he could possibly be subject to both civil and criminal penalties."[citation needed]

In a May 1981 meeting with FBI agents, Penn "freely admitted sending material to [O'Hare] but stated he had no intent to extort anything. 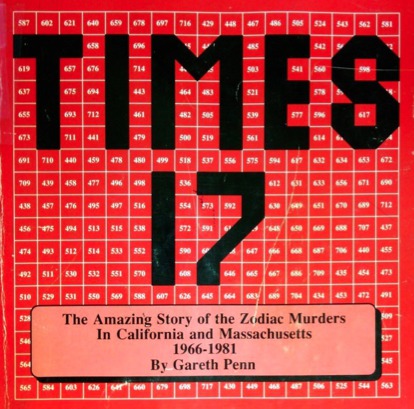