As we know, Cheri Jo Bates was brutally murdered on the night of October 30, 1966 near the Riverside City College library. The killer is believed to have tampered with Cheri Jo's car so that it wouldn't start and then approached her after she left the library. A janitor at RCC found this peom on the underside of a desktop that had been in storage. 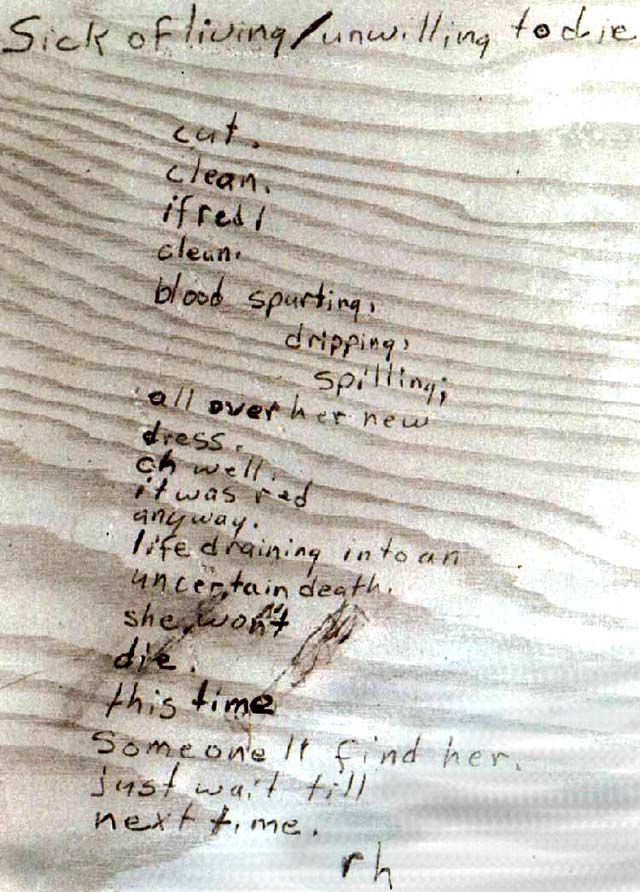 Some people believe that this is the work of Zodiac.

It was Jan. 1968 when the janitor discovered this.

Similar topics
» Some desktop backgrounds.
» My brother has autism.