Thus Says the Lord thy MOD...

Thus Says the Lord thy MOD...

(A comical take, just for jolly, at the site's Rules.) 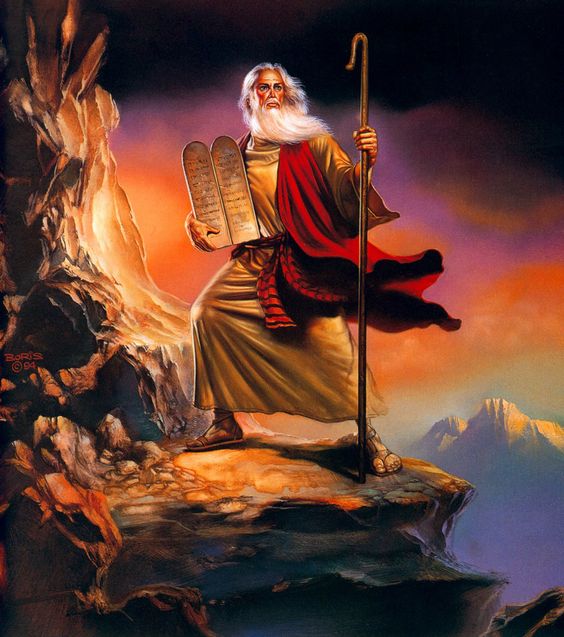 1. Give credit where credit is due. Do not take credit for other peoples work.


2. Be kind to others. You are entitled to your opinion, as is everyone else, but you can disagree with someone in a respectful manner.


3. Please do not post information on living persons unless given the OK from a MOD.


4. Try to keep posts in the appropriate sections of the forum so we can keep this thing somewhat organized. 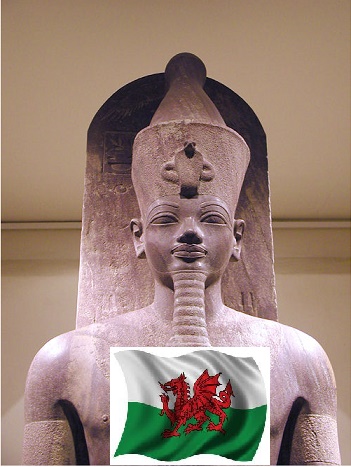 1. Give Credit where Credit is due... Divine Exception made only in case of: Demon, 'Too-Mass Void'. Tho shall not take credit for other peoples work, such as that recent investigation video of Zodiac citing Lawrence Kaye info stolen from Welsh Site and passed off as their own.


2. Be Kind to others. WOE Unto Him that causeth another to take up Offence, and call the Mod! For offence causeth weeping and Crying, Crying and Weeping, Forever and Ever, AmenHotep!

Yee be entitled to yee's opinion... Lest Yee Hold Membership unto, and Pewsting privileges upon, the Forum Boards of FreeSpeechKiller.com, Lorded over By Lucifer Voigt where there will be weeping and gnashing of teeth at those who question Lucifer Voigt's 'My Dick is the Zodiac!' Theory!! Tho shall be disallowed to disagree in any manner, respectful or otherwise!  Lucifer Voigt who scours His Site Domain like a roaring Lion seeking to devour those that think freely:  "Resist Thomas Voigt, and He will flee from You! (Jesus of Nazareth AKA: Son of God)


3. Thou Shall Not pewst information on them that liveth!  If there be them who refuseth to comply and Die, being arrogant enough to remain among the Living (How dareeeith Them!!) then, BEHOLD! The Lord Mod of Israel need grant Permission before thee speaketh of them what live even Unto the The Evil One: 'Welsh Chump'.


4. Thou shall keep pewst's in appropriate sections. We must Pewst and do so in an Organized, opposed to Disorganized, serial killer fashion.


5. Thou shall not be a Douche, for the Lord thy Mod will not forgive those who trespass on private property, especially those that doeth so without removing their shoes first.  for The lord thy Mod will dispense of evil doers with a plague of Grasshoppers & some Frog's.


And so it came to pass that the Lord Mod called 'I AM' AKA 'I AM: THE SUPREME LEADER, KIM-JONG 'SOMEWHAT MENTALLY' ILL' did send His servant, Rosses,   to the Pharaoh of Wales, AMENALEXHOTEP IV, and overthreweth Pharaoh Of Wales with some Froggies.

I am in the process of writing the Book of Revelation. I identify with John of Patmos, the exiled Gentleman who was kicked out of Society and forced to flee in exile where He is immediately approached by the Divine who needed His assistance.

Like John, I also hear voices that nobody else can. Only Important People, such as Myself, are special enough to hear voices. Man in White Coat they force Me to Visit on a weekly basis, He, as I informed Him, is a Blasphemous Heretic! He dared to suggest, and do so repeatedly, that:

"These Divine Visions as You refer to them Mr Lewis, these are actually Delusional Hallucinations. How does this make You feel, Alex?"

Pharaoh AlexiHotep "BY THE DIVINE RIGHT OF KINGS.... OFFFFFFFF WITH YOUR HEAD!!!"

The White Coat: "Alex, You are not an 18th Dynasty Egyptian Pharaoh Young Man and. . ."

Pharaoh AlexiHotep IV: "SILENCE, HEBREW SLAVE! LET ME SHOW YOU, OH WHITE COAT, MY BURIAL CHAMBER THAT AWAITS OVER THERE IN THE VALLEY, NO NOT WELSH VALLEYS! THE VALLEY OF THE KINGS!"

I am typing to You now under the 'Monitored Day Release Scheme.'

Personally, I do believe I am absolutely sane and rational! For Indeed, Overseeing all of Egypt as One does, is difficult enough without someone in a white coat interfering with My planed war with the Hittites!

Yours for now: Pharaoh AlexiHotep, Ruler of Egypt.

Bow down and worship the MODs! Speaking of which, when am I going to become a mod?!?!?!

Rocketman wrote:Bow down and worship the MODs! Speaking of which, when am I going to become a mod?!?!?!

I made you a mod months ago!

WelshChappie wrote:Personally, I do believe I am absolutely sane and rational! For Indeed, Overseeing all of Egypt as One does, is difficult enough without someone in a white coat interfering with My planed war with the Hittites!

Yours for now: Pharaoh AlexiHotep, Ruler of Egypt.

Are you responsible for building those pyramids?

praise the lord and pass the ammunition!!!

"Are you responsible for building those pyramids?"

That information is Classified!  Divine Top Secret Act, 1184BC.

But yes is the answer, I did.

I, Alex the Great, built the Great pyramid!

This project took Me 3 hours, 8 minutes from  start to finish. No help, I constructed it myself!

WelshChappie wrote: "Are you responsible for building those pyramids?"

Classified!  Divine Top Secret, I'm afraid. But yes is the answer,  I, Alex the Great, built the Great pyramid! 3 hours, 8 minutes start to finish. No help, built it myself!

Lol. I plan on renting a room at the pyramid for my vacation. CAN I get a friend discount?

Your request for a discount: Granted.

Before you depart for Egypt, send payment in the amount of £350 (approx. 700USD) to A. Lewis, cash_quick_scams Inc. and when You arrive in Egypt your accommodation will be ready & waiting. . . I promise

Hahaha this is the best thread on the entire site! I want that discount too, friend!! How cool would it be to visit the pyramids?

So that's Myself, Rocket & Chad thus far. I don't think Dr Z Harwass, the Chief Egyptologist and expert on ancient Egypt, will be very appreciative and support Two Yanks & a Brit using Pharaoh Khufu's Pyramid as the Command Centre for Zodiac Investigations.

You two carry on and if you want Me I'll be over theere within the Valley of the Kings picking myself a spot.

In the Egyptian Desert? Are You sure? Lol

In the Egyptian Desert? Are You sure? Lol

Sure, why not! I already live in the dessert so it can't be that different.

One has taken the liberty to aquire a 'Thread Prowl Vehicle' as a Website Chief Police Mod...

**All Moderator Units please respond to thread intersection of Theories and Confirmed victims Streets. Be advised we have reports of someone expressing their right to free speech, a crime in Chap-Mod's jurisdiction. Suspect is believed to be armed with His own opinion and as such is extremely dangerous.


***This is Welsh Mod, I'm responding to this location and ETA is 1 to 3 Minutes. Any description of the suspect, I'm fixing to open fire if Suspect is on scene! Damn piece of shit anarchist!! .....

He's back!! Watch out internet world.

As the lyrics to Alice Cooper's 'He's Back, the man behind the mask' declare:

"And if you see Him coming get away if you can, just keep on running, run as fast as you can, He's a dangerous, dangerous man. And he's out tonight, and he's watching you, and he knows your house, no don't turn out the lights... Cause he's back, he's the man behind the mask..."

As the lyrics to Alice Cooper's 'He's Back, the man behind the mask' declare:

"And if you see Him coming get away if you can, just keep on running, run as fast as you can, He's a dangerous, dangerous man. And he's out tonight, and he's watching you, and he knows your house, no don't turn out the lights... Cause he's back, he's the man behind the mask..."

I have been an Alice Cooper fan since I was in diapers. In the early 90's, Glen Buxton, the original lead guitarist of the Alice Cooper band, moved to the small town I am from. Buxton was a hell of a guitarist and a great guy. His stepson was one of my best friends so I would go hang out over at their house and Glen would tell me stories from the 60's and 70's. My favorites were when he talked about how he was the only one that could out-party Jim Morrison and he would talk about how they used to do all kinds of crazy shit. My girlfriend's dad was in a band called the Stryders in the early 60's and one night they were playing a gig in L.A. and they saw a flyer for a band called the Spiders who were playing a gig that same night, just down the street. So him and his band went and saw the Spiders and ended up becoming friends with them. The Spiders, of course, went on to become Alice Cooper.

Most of the big magazines and websites have listen Glen as one of the top 100 rock guitarists of all time, but most people never even recognize his name. 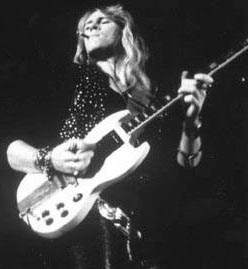