In 2004, I started messing with a music program called Fruity Loops, and started a solo 'horror industrial' project called Eclipsing Nightmare. I experimented with sounds a lot and came up with some decent stuff, but the later material is not very good... you can tell I was getting bored with the project and just started throwing stuff together. At the end of 2011, my best friend passed away. He and I were in a couple of bands together and had some cool recording projects as well. When he passed, I gave up writing music. In 2012, I released some songs that were not finished. Big mistake. I should have just left them unfinished and never released them. Anyways, I am still proud of the earlier albums that I released. I have a lot of stuff posted on PureVolume. I have some full albums and then just parts of other albums.

I had two other Fruity Loops projects (Audiobituary and Atomic Bums) that I might post about at some point. 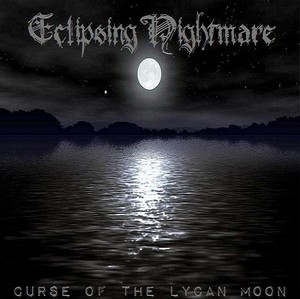