Hi I am Charlie Sheen's Penis, aka Matt. 29 years old, from Cali. I am a friend of Chad (ophion1031) who recommended I check his site out and join up. Interests include skateboarding, surfing, snowboarding, basketball, football, baseball, hockey, movies, music, unsolved crimes and mysteries. I have no suspect or real insight to the case but I want to learn more about the case, mainly the ciphers as I have always been into puzzles and things like that.

Welcome to the site.

I did prefer Charlie when He was a nutcase and 'WINNING'.

I remember watching an interview with Charlie's Father Martin and His Brother Emilio and Martin explaining that His son has an illness and is sick and I thought "No, Your Son has Cocaine and is WINNING!!." Hehe.

I don't know why Emilio was there in the interview, I believe He just confirmed everything His Father said by Nodding.

Well that's why Hay-Dolf was full of anger see, You never see Hay-Dolf giving a speech like a Normal person. The Nazi Leader adressed His audience ranting and screaming "Dah un Hauf en Haffen, Das an humff in frankenfurter fumf das One bastard Ball!" Then the chant of His salute erupted: "SEEK MYBALL! SEEK MYBALL!"

Ahhh that must be why He hated the Jews! He was likely livid that jewish Males would willingly go to be circumcised and chop the little fellas hood off and here He was wishing to have His banana with two apples and someone has relieved Him of one whole apple!

The most funniest scene i've ever watched in a film, I mean Me and a friend were literally in tears with laughter, is a scene from the Movie 'Rat Race' where Jewish Family get stranded and the only vehicle that is available to steal is Hitlers NaziMobile. This is literally Genius comedy writing:

that film is much under-rated.there are some very funny bits,that one being hilarious.my vocabulary also increased by the phrase "prairie dogging".I shall be eternally grateful!

egan wrote:that film is much under-rated.there are some very funny bits,that one being hilarious.my vocabulary also increased by the phrase "prairie dogging".I shall be eternally grateful!

So you should be with a such a fantastic Bowler Hat!

I mean obviously when One is very upper class such as One is, One then tends to wear the Top Hat, What what what?

this thread is going to win thread of the year at the end of 2017.

Eric X wrote:this thread is going to win thread of the year at the end of 2017.

I agree!! Lets make this as weird as possible.....

Yesterday I snorted heroin off of your mom's ass! Charlie Sheen told me to do it.

I prefer to snort my drugs from inside people's arses.if you approach a drugs mule at the airport armed with a straw,you can cut out the middle man.plus,you're always guaranteed that "little bit extra"......

egan wrote:I prefer to snort my drugs from inside people's arses.if you approach a drugs mule at the airport armed with a straw,you can cut out the middle man.plus,you're always guaranteed that "little bit extra"......

Damn! I thought I replied to this already because it made me laff out loud! Good one, eg. Don't you hate it when you think you're getting a nice bit of black tar and it turns out to be just a dingleberry?
This is the kind of family-friendly entertainment that makes me proud to be a member of this site.
Y'all have a good one!

luckily my nasal cavities are quite large.I can handle solids...

Excuse Me! What is going on here? We'll have no drug consuming while on ZKF.com thank you! I take a Zero Tolerance attitude to members here partaking of any illegal  drugs, without exception!

PS:  Chad has given Me powers to arrest Forum Members & confiscate any illegal substances found upon their Virtual Person when it will be immediately subjected to testing to determine what it is and the purity thereof. Unfortunately, Chad can't afford a Lab with Scientists for this and so I, because I am always willing to help when and where I can, I have offered to test the product on Myself tro determine what the drug is and it's strength. Please excuse Me. . .

"Ohhh Yeah man..... Yeah yeah yeah yeah,  that's fucking defini Cocaine.... Cocaine! High Purity too. Right just for clarification purposes I better have another 6 lines just to make absolutely sure.  After this Scientific Clarification test is run (Up My Nose, for science, Most obviously!) I'll run 154 Miles to find Tom Voigt and run up to him going 'RRRRRRAAARARRRRR' before leaping at Him and biting both His ears off!

The Director of the Genghis Kahn Foundation, an independent think tank, is interviewed on the topic of Narcotics and the interviewer queries:

"Do You think Drugs should be Legalised?"

Mr Parr: "What a Stupid Question!"

Then the discussion of Drugs and their legalisation are discussed. . . (Warning!! Satirical Comedy Sketch that may be unsuitable for the non sense of Humor Personality.  Viewer Depression is Surmised. . .

But on a slightly more serious note (I know, I hear the Boo's as they traverse the Ocean from America to UK Shores) here's the opinion of the Late Author and Public Intellectual, Christopher Hitchens on the Decriminalisation of Drugs.

I am of the exact same mindset and take the same position on this issue. If someone decides they want to put some substance into their bodies, so long as they do not hurt or harm anyone else directly by their doing so and are competent adults, then they have the absolute Right to do so with nobody, neither Government nor Citizen, has a right to tell that grown adult what they may or may not ingest if it causes no other people harm or loss.

The people who would disagree and suggest it is right, morally and ethically, to threaten people with loss of Liberty for, in some cases, 30, 40 or 50 years, those people are the Believers in 'Social Hierarchy' Bull shit,.

You know what that Social Status and Hierarchy did in the UK in one specific case? Allowed a Famous, well liked charity supporting Man called Jimmy Savile to abuse young girls and do so with free pass to pedophile paradise. The higher up bosses of the BBC, the Founder of a Child Protection Charity, and a host of other people knew what was going on but stayed silent and why? Because He was Jimmy Savile who became 'Sir Jimmy Savile' after He was Honored By Her Majesty Queen Elizabeth II. Nobody would speak out because Jimmy had friends in high places, and the person alleging such a thing feared they would not be believed as, once again, this is Charity Donating, Poverty Fighting man with a wonderful caring personality.

So Jimmy was able to have at least two BBC Employees literally walk into His dressing room and catch Him with His hands up the skirt of a 12 year old girl and have that employee say absolutely nothing fearing they were too low down the pecking order to report such a thing as the Rape and Abuse of Children because, they suggested, they would have probably had their employment terminated because Jimmy was too important to the BBC.

'The Pyramid of Portance! Ensuring Pedophiles can abuse Children and get a Knighthood in the process. Hierarchy and Class System, supporting Delusional Conceptions & Beliefs together!!'

We all need to party together!

wtf did I just read?? 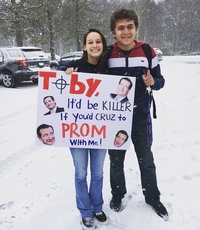 you people are hilarious. I am definitely in the right place