The name "Johnson" has a significant relevance to the Zodiac case I believe, but whether that relates to The Zodiac's name or an alias is less clear.

The evidence so far:

Where does the Zodiac's name derive from ?

For a long time I believe this aspect of the case has been assumed to be done and dusted, with the name being derived from the Zodiac watch brand. 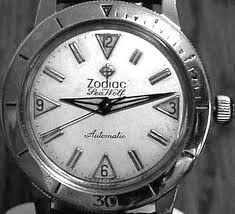 Certainly the name is evident on the watch being related to the case as the "Zodiac Sea Wolf. 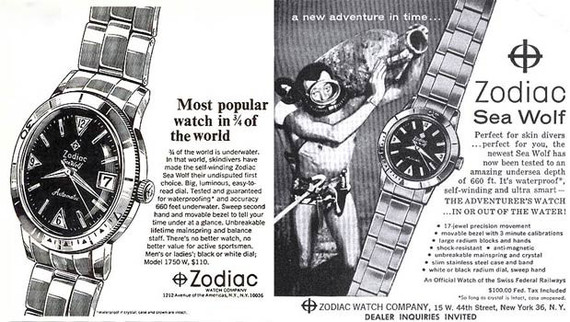 I'm not in disagreement with this assumption, especially given the presence of the chosen symbol on the watch in the form of the crossed circle. 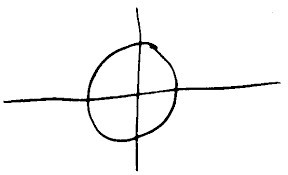 I belive this watch does relate to the Zodiac's perhaps past career in the US Navy and possibly his then current career, either as a merchant seaman or a somewhere within the San Francisco Coats Guard / Bar Pilot community.

Following on from the thread, I also believe the Zodiac's choice of name may also have been related to the "Zodiac Schooner", commissioned by the "Johnson &amp; Johnson" brothers, heirs to the pharmaceutical company bearing their name. 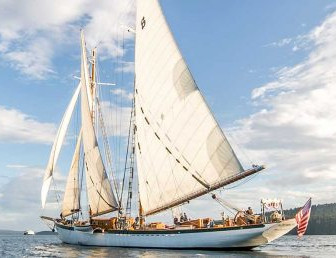 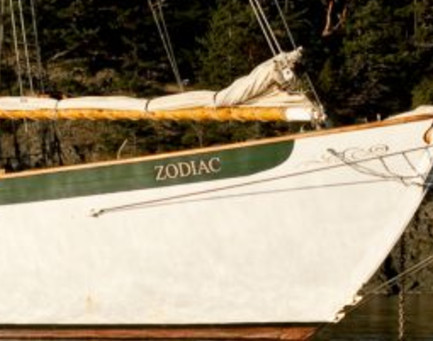 I think the schooner, brought by the San Francisco Bar Pilots Association and in active duty until 1972, may well also relate to the Zodiac's then current / past profession, as well his name or alias, (Johnson). In fact there are numerous articles, claims and forum posts that discuss the merchant navy connection, far to many to mention.

A second link to the johnson name I believe is the well-known relationship between the Zodiac and "The Mikado". It's my belief that although it's been almost universally assumed that the Mikado reference is purely to the comic opera he quotes in some of his correspondence, there is a second, (not so obvious) reference to be considered. 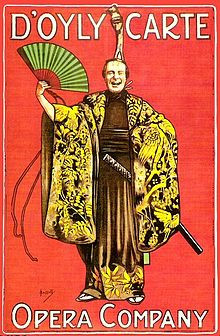 The second reference I refer to is The Johnson Bros. Ceramic Co. This reference is a lesson to be learnt - never take the Zodiac at face value !

The Johnson Bros. company have been manufacturers of ceramic tableware since the 19th century and The Mikado range was one of their wares. 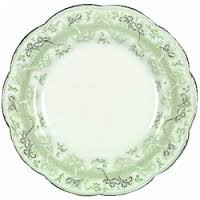 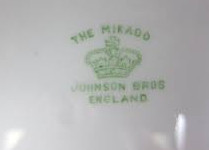 It's also interesting to note that the "Willow Pattern", is also one of the Johnson Bros. patterns, perhaps referenced in the Zodiac's "Excorcist Letter" ?

Where to look to next ?

Apart from the possible derivation of the Zodiac's name, there are further references that can be linked to the Johnson name. 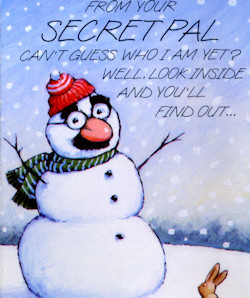 The Eureka Card, so named because it was posted in the Californian town of Eureka, features a snowman on the front. Inside was a photocopy of a set of keys that have many people baffled and have given rise to many theories. So why not have one more ? ....... 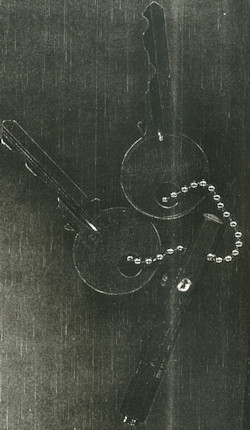 I believe the snowman, the keys and the way the keychain has been laid out, (deliberately in my book), leads to one possible conclusion, (both left-field and bizarre I'll admit); Ulrika Jonsson. 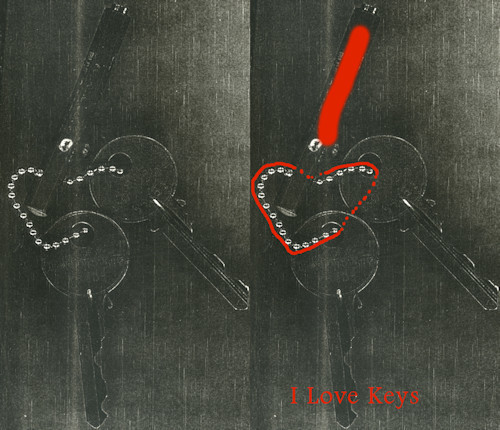 I think the "Eureka" connection was purposely chosen as a link to Ulrika's name, the snowman alludes to the fact she was a weather girl and the shape of the key chain and pen light attached, spells out the phrase "I love Keys". A reference to her then co-presenter Richard Keys.

The whole purpose of this card if I'm right is the Zodiac yet again hiding in plain sight and referring to his name of "Johnson", or is it actually "Jonsson" ??

Many things the Zodia presents has mutilple ways of being interpreted. This is deliberate in my view and not an indication that because one interpretation is right, a second one necessarily has to be wrong. An example of this is in the photocopy image in the Eureka card, containing keys, a torch key light and a chain arranged to resemble a heart, you may also come to the solution involving the Florida Keys. There is a Florida Key island named "Johnson" and bizzarely, another island called "Little Torch Key". So with our Zodiav Naval theme that seems constant, we have, "I love the Florida Keys". I still can't get over the Little Torch Key Island, you could hardly make it up !

The 340 cipher submitted by The Zodiac, is in my opinion built around the Johnson name. You can read my first post on what I call the "Johnson Solution" HERE. Within that (partial) solution to the 340, you will find that many of the clues within the cipher, (which are initially based on the Ian Fleming, James Bond novels &amp; subsequent movies), link to the Johnson name. Clues like the Johnson Rubber Co., and Lyndon B. Johnson's meeting with "The Wisemen".  There are references within the cipher to the Aviator Amy Johnson, King George Vi's alias as "Mr Johnson", James Wood Johnson, The Johnson Wool Co., the town of Ono in Johnson County, perhaps the politician, Andrew Johnson and many more.

It's also my proposal that the completely unique and odd symbol of the back-toback J's in the 340 and other ciphers, are a representation of either "John Johnson", perhaps also to be read, "Jon Jonsson" and also very likely as the Johnson brothers !

Also present in the 340 cipher is the name "Jon" and perhaps linked to it, "Johan", as in Johanson, (another possibility)? 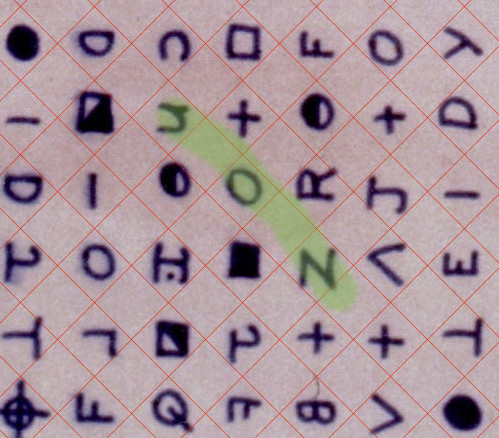 A phrase used a couple of times by the Zodiac. The "FK" I belive may be a clue to "John", as in John F. Kennedy. The "crackproof" element, in which he was referring to the 340 cipher, I believe has a double meaning, (beyond the obvious), of meaning the cipher has to be literally cracked, like a Johns Bros. plate ! What I mean by that is I have strong evidence that one part of the solution to the 340, means cutting up sections of code into what may resemble a cracked plate. Not literally, but a plate, but once cut up the code would, (before seperated out), seem "cracked".

The evidence of "crack lines" are there in the un-deciphered code for anyone who knows what to look for, (I'll expand on that in part 2 of my Johnson Solution of the 340 article).

There are other clues to be found if you care to look. I know this initial post on the "Johnson Theory", is a little disjointed and might not make for a compelling theory, (yet), but it's an avenue worth exploring I feel.

So who are we looking for ?

I wouldn't encourage anyone to name, let alone approach anyone they might suspect fits this theory, but theoretically perhaps the Zodiac was brazen enough to give us his real name, (and that of his brother's) ? If you've read my 340 Johnson Solution post, you may also note that the word "BOO!", which also feature prominently on the "Halloween Card", resolves to the letters " EMEN", (from the completed word, "Wisemen"). I wonder whether E-Men, (emergency men) refers to a possible link to the brothers, (if indeed there are such a pair), profession as perhaps a S.F Fireman and S.F. Coast guard man, (with the navy / Zodiac Schooner link). 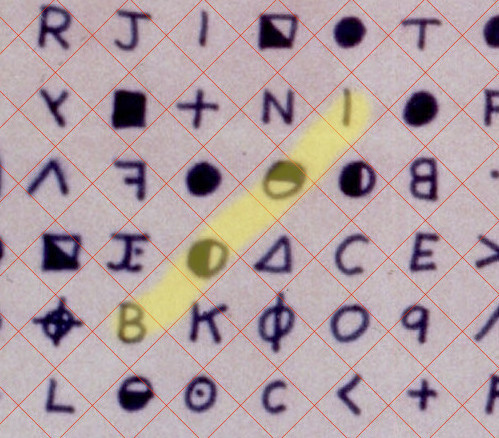 I'd like to give a more convincing theory, but I hope at least it's been an interesting read and gets those cogs working !

Remember the Zodiac's work not only is riddled with double meanings, there are often more to be read beyond that, (as in the case of the unfinished 480 code, (yes you read that right)), and what I believe are at least four levels to the 340 code. In the 340 the first level relates to the James Bond novels, the second to the derivation of the Johnson name, the third to cutting the code into pieces, (cracked) and the last involves folding the code sheet.