Chester Clark Klingel
you may remember the photo of the keys in the eureka card were traced back to Klingel's po box. Does anybody know more about him? He was cleared by DNA right? 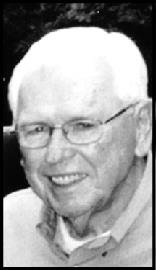 CHESTER CLARK KLINGEL Jr. May 27,1926 ~ January 17, 2017 Chester Clark Klingel Jr. "Chet" was born in San Francisco CA to Alice Marjorie Stewart and Chester Clark Klingel. He grew up in Alameda CA. As a youth he enjoyed playing in the bay, raising pigeons, hopping trains, and selling peanuts at Stanford ball games. At fifteen, he lied about his age and joined the Merchant Marines. He sailed the South Pacific on the Matthew P. Deady, a liberty ship. He contracted Tuberculosis, was in an asylum in Livermore, then went to Yosemite to recuperate. He enlisted in the Army, trained at Fort Bliss, Texas, served on Guam, at Hanford Plutonium works, WA and San Francisco Presidio doing radar repair. After honorable discharge, he worked at North American Aviation developing oscilloscopes. He farmed in the Armargosa desert, then returned to SF to work for Fireman's Fund Insurance. Chet's first wife Yolanda passed away in a car accident. His second marriage was short but his third to Blandina Sarkis added love, happiness, family and great food to his life. He had many good years in Tam Valley, CA, before beginning a farming venture near Turlock, CA. Chet and Blandina bought nut orchards and developed a successful walnut hulling and drying business. After Blandina passed away, the farming project lost appeal. Chet sold the farm and moved to Eureka, CA, where he made new friends. He spent his last decade working on winning the sweepstakes and enjoying his breakfast club friends Wesley, Joe, Chris, Pansy, and Joyce. Chet loved the ocean, bays, pigeons, building projects, his friends, driving, Yosemite, barbequing, pinching Blandina's nose, and singing. Chester is survived by his son Schubert Simon Sarkis, his daughters Joanne Carr, Jeannette Smith, Sandra Klingel, and other family members including: Maribel Pairan and family, Eshmael and Lucy Sarkis and family, Nahrine, Orlando and Jessica Mazariegos, Emanuel Malik, Ramina Emanoud, Yda, Allen, Arielle and David Filiberti, Elizabeth, Andy and Danny Oppo, Fred Sacco, Rosanna Sacco-Colas, Robert, Dorothy, Brian, and Erin Moy.

the grasshopper wrote:Chester Clark Klingel
you may remember the photo of the keys in the eureka card were traced back to Klingel's po box. Does anybody know more about him? He was cleared by DNA right?

I am not sure if it was by DNA but yes he was cleared.