Troy Houghton has been missing since May 20, 1967. What happened to him? Was he murdered by fellow Minutemen or did he go underground?

Former Minuteman Keith Gilbert has stated that he believes that Troy Houghton was also the "Raoul" that James Earl Ray spoke of. Ray claims that "Raoul" set him up in the MLK assassination. IF Houghton really was Raoul, then he did go underground and was not killed by Robert DePugh or any of the other Minutemen.

Here is an article on Houghton's disappearance with a link to James Earl Ray... 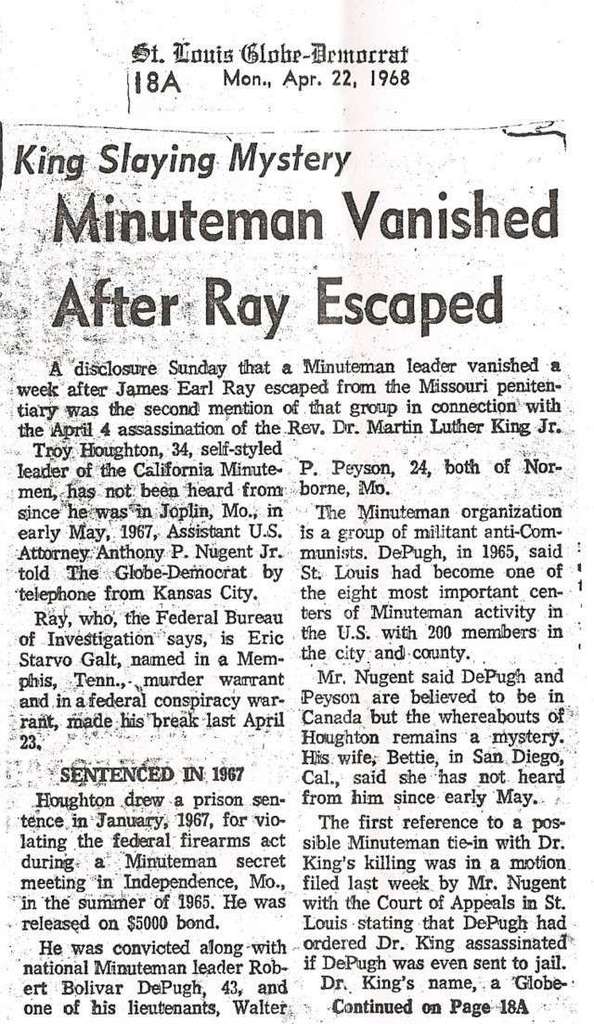 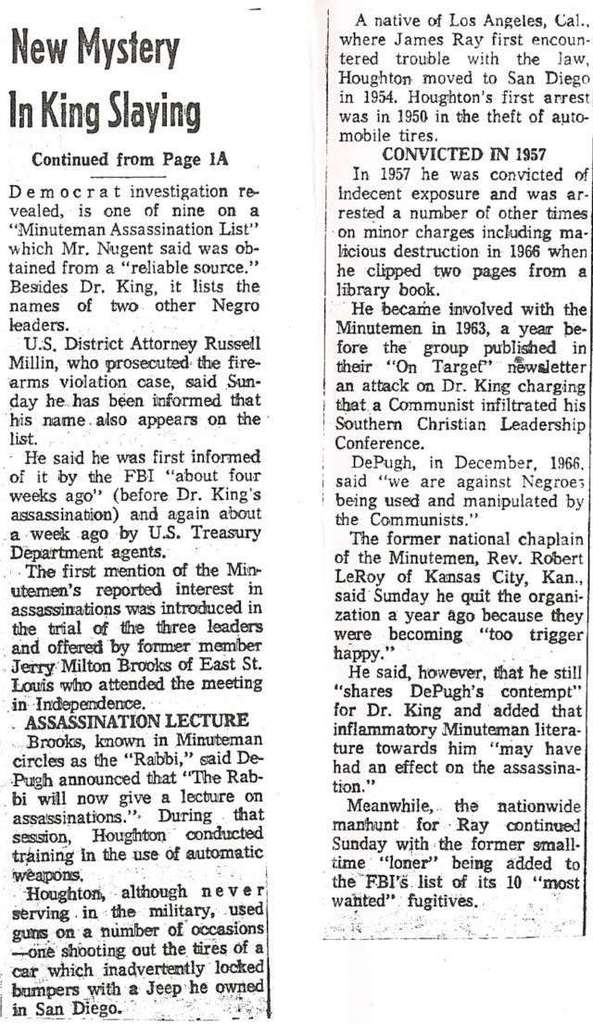 This is the million dollar question. I'm 50-50 on this but might have to lean towards him being killed by DePugh and associates just because it's hard to see him leaving his family forever. Now, you get the CIA and/or FBI involved and that could be a different story. The rumor is that DePugh may have killed Troy or had other Minutemen do it, because he was working with the CIA. But I have also read that the CIA had infiltrated the Minutemen and planted several agents within the organization and that they basically told DePugh 'there's nothing you can do about it.' True or not, it is something to think about. I also read that DePugh tried to resist the CIA and they almost killed him. Does this have anything to do with Troy's disappearance? Maybe. Maybe not. But again it is something to just keep in mind.

One thing to keep in mind is that Houghton's wife Bettie still worked with DePugh and the Minutemen after Troy disappeared. I'm pretty sure I read a letter to a P.I. that she said she thought DePugh may have killed Troy. I will have to see if I can find that again. Why would she work with a guy she thought may have murdered her husband? I'd bet that DePugh met with Bettie and assured her Troy was alive and well, or he smooth talked her somehow... I have no idea.