It Gave Everybody Something to Do

It Gave Everybody Something to Do

Louise Thoresen's book from the mid-70's. 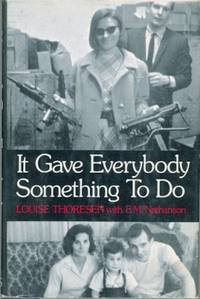 This is a very good book. I highly recommend picking up a copy. 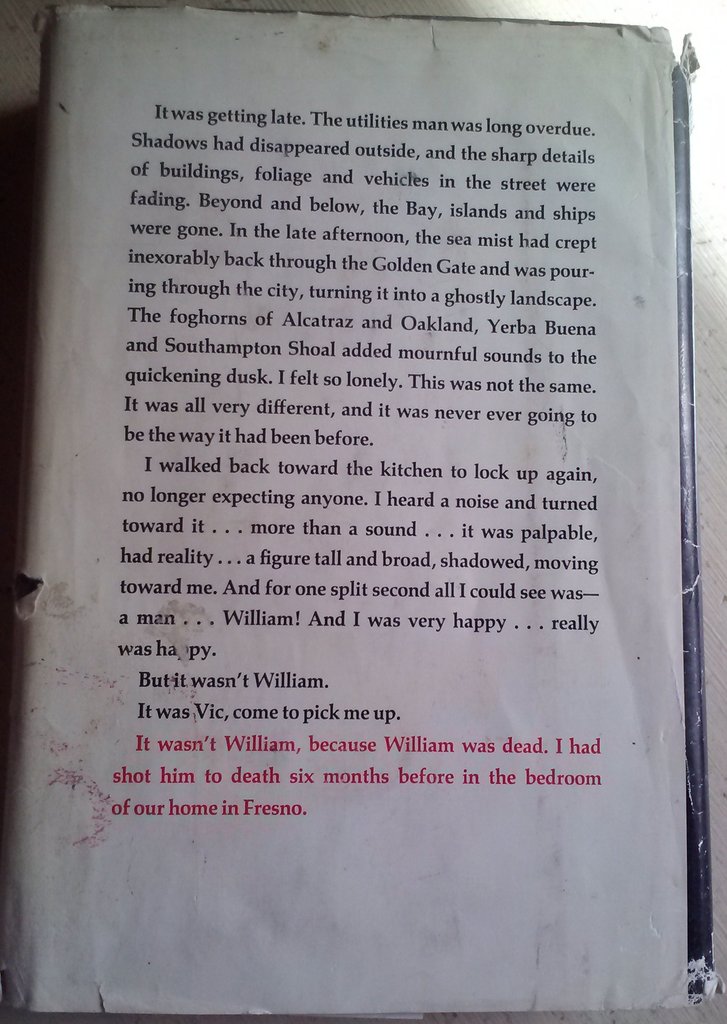 Vic was a former green beret named Joe Hinojosa, who was a friend of the Thoresen's. William later accused Louise of having an affair with Hinojosa and paid a hitman to kill him, but called off the hit at the last second because he thought it could end up being traced back to him.

It Gave Everybody Something To Do
by Louise Thoresen with E.M. Nathanson

Louise Thoresen’s fatal shooting of her husband, William, made headlines in June 1970. Weird revelations trickled out during her trial that fall, stoking the blaze of a nationwide obsession. The story got stranger and stranger with each detail.

He had been the son of a prominent Chicago businessman. He had been committed to insane asylums and prison many times, often escaping ingeniously or being let out through the pull of his father. She had had an abortion ten months before the shooting. He had used drugs. He had abused her. He had tried to kill her. She had tried to have him killed before that happened. He had murdered his parents. Others, too. He had stockpiled a massive cache of weapons (his second such arsenal) that astounded police and federal authorities in its enormity and scope: over 70 tons of weapons of all types (everything from cannons, anti-aircraft guns, machine guns, knives, grenades, mortar launchers) piled in a lovely San Francisco mansion.

Louise Thoresen’s story, published over three years after her acquittal for murder, is a long-forgotten true crime gem. It’s a tale told by a witting but often reluctant accomplice in dozens of bizarre crimes, a fairly normal abused woman who finally snapped.

The strange magnetism that kept her under William’s thumb for over a decade is convincingly rendered. We watch him continually struggling under the twin yokes of privilege and psychopathy with more than a little gentleness and humor, even as we see Louise wrecking her own life under his influence. It’s the casualness and intimacy of the terror that makes for such a frightening read:

Out of the blue, William said, “Do you think we ought to call Truman Capote?”

“Why?” I asked, totally puzzled.

He looked at me with that knowing expression which hinted at dark and secret things. “Well, he wrote In Cold Blood, didn’t he?”

Not long after this casual exchange he force feeds her an entire bottle of sedatives.

Co-writer E.M. Nathanson (best known for penning The Dirty Dozen) no doubt helped shape the narrative into a well-paced, true life psychological thriller. It Gave Everybody Something To Do apparently went through a single hardcover print run in 1974 and has remained out-of-print ever since. What a pity. Those who enjoyed Lisa Carver’s memoir Drugs Are Nice, or the show “Hoarders,” or Errol Morris’ 2011 film Tabloid would probably enjoy this book.

Here is a window on the dark side of the Sixties with a focus not on the stereotypical “peace, love and understanding” but on paranoia, the subjugation of women, Right wing extremism, and violence, all with a hearty helping of guns, guns, guns.