Just curious to see what people think heading into training camps. At this point, I would go with Denver over Seattle in the Super Bowl. I wanted to say Green Bay, but as a Vikings fan I just can't bring myself to do it.

If I were a betting man I would predict the Seahawks beating the Colts 27-21 in the Super Bowl. 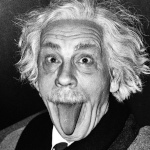 Colts have a pretty good shot this year. I think it will come down to them, Denver and New England in the AFC and Green Bay and Seattle in the NFC. I think my Vikings will be really good and even make the playoffs, but I think they are not quite ready to make it to the Super Bowl. With the young talent they have, I give it a couple more years before they make a good run.

I could see the Vikings winning the NFC North if Green Bay keeps racking up the injuries. Detroit will be really good too though. I can't wait for the regular season to start!

Dave Bauer wrote:I could see the Vikings winning the NFC North if Green Bay keeps racking up the injuries. Detroit will be really good too though. I can't wait for the regular season to start!

Jordy Nelson being out for the season will hurt the Packers, but Aaron Rodgers is the best QB in the league so he will still find ways to win. As a Vikings fan, it hurt to say that!

I might pick KC cheifs to make it , but the schedual is very tough
the raiders the only lock but they look improved too
Id say NE and 49ers or the packers

The Chiefs were awesome two years ago, but struggled a bit last year. Jeremy Maclin will make a huge difference for them. He is the WR they have really needed for a while now.

I don't see the 49ers making the Super Bowl. They are in the NFL's toughest division and lost some really good players. They could land a Wild Card spot in the playoffs, but I would put Seattle and Arizona ahead of them in the division this year. Hell, even the Rams could potentially land a Wild Card spot.

I don't think New England will make the Super Bowl. I hope they don't, anyways. Fucking cheaters! I'm pulling for the Colts to make it for the AFC. Them or Denver. Would be nice to see Peyton Manning get another ring.

Daniels was making passes to WR's and looked like Payton a few years ago this preseason A Smith seemed to be struggling . but so did Russel Wilson
a RB 35 West looks like a ray rice type runner
some how I always hate Domed teams

Yeah but it's only pre-season. If he can do that in the regular season then he would definitely start over Smith. Smith isn't flashy and he is very conservative, but he wins games. It will be interesting to see if they give Daniels a shot at the starting job.

ophion1031 wrote:Yeah but it's only pre-season. If he can do that in the regular season then he would definitely start over Smith. Smith isn't flashy and he is very conservative, but he wins games. It will be interesting to see if they give Daniels a shot at the starting job.

Well there is a growing controversy over it here in the news , in the 2nd preS game he A Smith played only 1 series and got no points ,looked weak Daniels came in and had no problem against A gamers A smith = 17 mil and Daniels = 3mil Daniels making 30 yard acturate covered throws Alex was great when he got here but has declined
Daniels at 6' can't see over the line as good.
When Montana came her in 94? mid yr he was only the backup and did until Dave craig got hurt
BTW I drag raced both of them in our trucks one day

I guarentee Alex Smith will be the starter on opening day for KC.

They are 3-0. I think it will be Green Bay beating New England in the SB unless Brady or Rodgers gets hurt before that point.

I want to see the Chiefs vs Cardinals in the Super Bowl.

Chiefs and Packers are both out now.

Broncos vs Panthers in the Super Bowl. Should be a good one. I would love to see the Broncos win but I think the Panthers will be heavily favored.