This was Mike Kelleher's suspect, but no information was made public on Housinger. I have no idea how Mike came to suspect the guy.

Glenn Edward Housinger
DOB: April 17, 1921 somewhere in either Texas or Kansas, but he grew up in Harlingen, TX.
Died: March 26, 1995 San Pablo, CA.
Parents: Arnold Carl Housinger (1876-1955) and Hattie Barnes (died 1940)
Siblings: Lester Housinger (brother, born approximately 1916)
Spouse: None
Children: None
SSN: 455-18-8321
Glenn lived on Washington St. in San Francisco, basically in between where Paul Stine picked up his killer and the location where Stine was shot to death. I'm not sure when he lived there exactly. In the 1969-70 S.F. directory, he was listed two blocks south of his address on Washington St. at 1678 Sacramento St. Apt. 14 and occupation was listed as "printer." Hmmm, would have had access to all different kinds of paper. 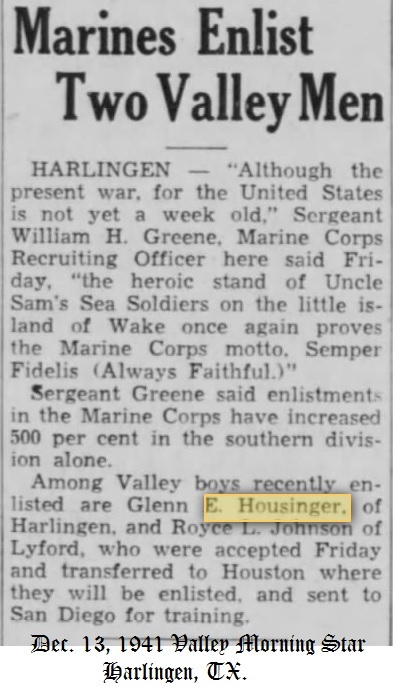 Glenn invented some sort of hunting knife sheath back in the 1940's.
http://www.google.com/patents/US2391574 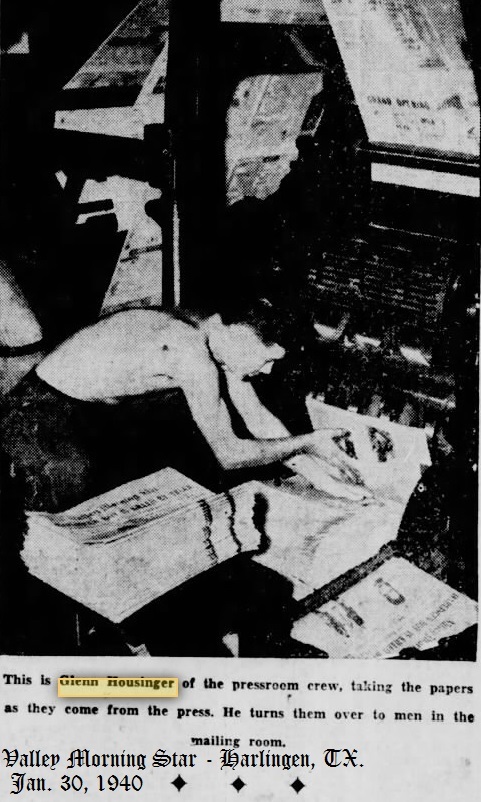 In 1938 Glenn was a member of the Harlingen High School Bird Club. I will look through some old Harlingen yearbooks when I get a chance and see if I can find Glenn.

A 1973 cold case in Harlingen. Not sure if Glenn was still living there at that point, but still worth posting...

any clue of why this guy was a suspect?

Eric X wrote:any clue of why this guy was a suspect?

Honestly, I have no idea.