Donna Ann Lass disappeared at the age of 25 at Lake Tahoe, California and was one of the possible victims of the famous Zodiac Killer. She was last seen at approximately 2:00 a.m. on September 6, 1970. Since that time, no trace of Donna Lass has been found. Some officials were reported to have suspected that Ted Bundy was connected to Donna's disappearance; but, Ted Bundy was reported to have never been asked about the case.

Donna was the daughter of James and Frances (Kukar) Lass. During high school, her activities included F.H.A. and singing in mixed chorus. During her senior interview, she stated that her plans were "to go college or be a nurse." She was one the fifty-two members of the graduating class of 1962 at Beresford High School in Beresford, South Dakota.

In May of 1970, Donna moved from California to Nevada. She was employed as a nurse at the Sahara Tahoe in South Lake Tahoe, California. Her last entry in the nurse's log book was at 1:50 a.m. Her car was found parked at her apartment complex. The following day, an unknown male placed telephone calls to Donna's landlord and employer to inform them that Donna Lass would not be returning because of a family emergency. On March 22, 1971, the "San Francisco Chronicle" received a postcard from a person claiming to be the Zodiac Killer, implying that Donna Lass was a murder victim.


Here is a link to the thread on the "Peek Through the Pines" card that is believed to be a clue to the location of Donna's body... https://zodiackiller.forumotion.com/f54-3-22-1971-peek-through-the-pines-card-sent-to-the-s-f-chronicle 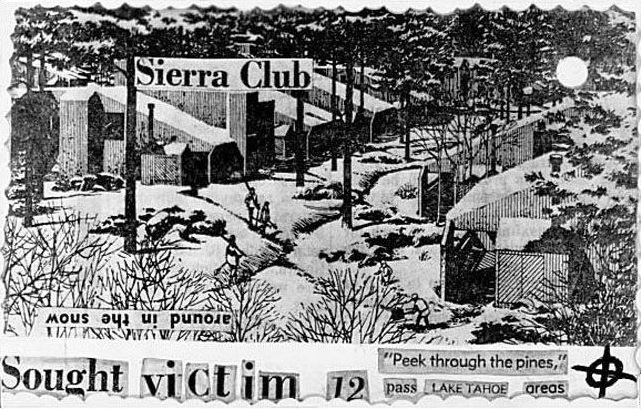 Similar topics
» Remember Elly May Clampett from The Beverly Hillbillies?