Manalli facts and timeline:
-Grew up in Rockford, IL. Family lived with Fred's grandmother, Mary Murawski (his mother's mother). Mary was sentenced to prison as an elderly woman, which may have had an effect on Fred. It seems he was very close to her and she played a major role in raising young Fred. Perhaps she inspired his book "The Great Gray Mother: A Story of the Life in Prison and Out of it." Mary passed away in 1972, during the height of the Santa Rosa Hitchhiker Murders, of which Fred is a suspect... the best suspect, in my opinion.
-Graduated from the University of Illinois in 1957 with a degree in English.
-Manalli and his wife worked for the US Forest Service as firespotters for a few summers. They were stationed in Mendocino County on Anthony Peak, near the Round Valley Indian Reservation and one summer in the late 60's were stationed in Lake Tahoe (per a post by Seagull on Morf's site).
-Manalli gains employment by Santa Rosa Junior College as an art teacher.
-Was questioned about the murder of Kim Allen, one of his students. Manalli supposedly had Allen's backpack in his possession and had drawn a picture depicting her murder. This was discovered after his death in 1976.
-Had a PO Box - PO Box 178, Guernewood Park, CA.
-Was killed in a head on collision on August 26, 1976 in Santa Rosa, CA.
-Was a published writer, poet and artist.


***I just posted a little bit of info on Manalli, but there is plenty more that will be posted later.***

Why does Sebastapol ring a bell? I know where that is but I want to say it has something to do with the case. Am I wrong?

JohnFester wrote:Why does Sebastapol ring a bell? I know where that is but I want to say it has something to do with the case. Am I wrong?

It's in the area. I'm sure you have seen it a number of times in various threads. 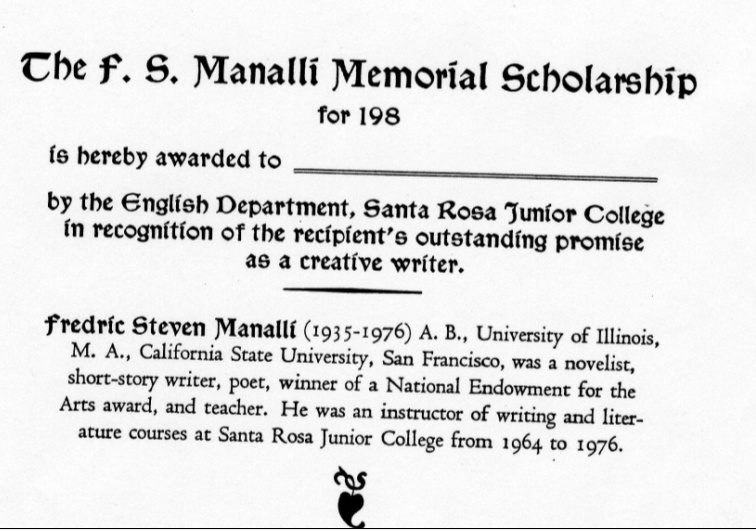 Wasn't there a rumor that Manalli and ALA had known each other?

And if so, where did that rumor come from?