I never liked Horan's claims that there was no Zodiac... Now that I am hearing this, I have a somewhat different opinion of Horan. He is still stating opinions as fact, which I don't like, but I have always liked the theory that Zodiac was a "character" that was created to draw attention away from other crimes going on in the area. I have also liked the idea that law enforcement officials and other people in the Napa area could have been behind it. Hal Snook, the Land Bros and others sure did seem like shady people and there was most definitely a drug and counterfeiting ring in the area.

I always liked the Horan theory that there was no true Zodiac and it was LE officials covering up drug trafficking
Snook certainly was capable of masterminding something like this
Dennis Land seemed to me like a guy that could be tangled up in conspiracy
I think if this theory is true then there's probably somebody even higher up that was in control and providing protection in case anyone was ever caught - Nixon maybe?
Some research I did years ago there was definitely a large amount of drugs around that area and it all seemed to be connected. A large majority was being flown in from Mexico 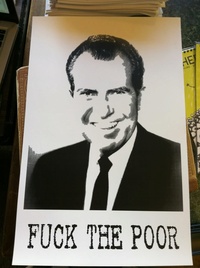