"Chronicle Covers: When the Zodiac killer wrote to the newsroom"

"Chronicle Covers: When the Zodiac killer wrote to the newsroom"

“This is the Zodiac speaking.”


The Chronicle’s front page from Oct. 15, 1969, covers the publishing of one of the letters sent to the media from someone purporting to be the Zodiac serial killer.

“Police investigating the murder of a San Francisco cab driver were confronted yesterday with the strong possibility that a psychotic killer of five persons is at large in the Bay Area,” the story read. “Authorities in San Francisco, Napa and Vallejo combined in the hunt for someone who brags about committing murders in taunting messages and cryptic telephone calls.

“The latest morbid challenge was a letter to The Chronicle containing a bloody swatch of cloth which the writer claimed was torn from the shirt of the dead taxi driver.”

The Zodiac had already sent letters to The Chronicle, the San Francisco Examiner and the Vallejo Times Herald that claimed responsibility for slayings in Benicia and Vallejo. The letters contained cryptograms concerning the killings.


The Zodiac case remains unsolved, and each year The Chronicle receives dozens of pieces of correspondence about it. Tucked away in the third-floor newsroom at Fifth and Mission streets are file cabinets packed with thousands of letters and other items concerning the case. More arrive all the time. 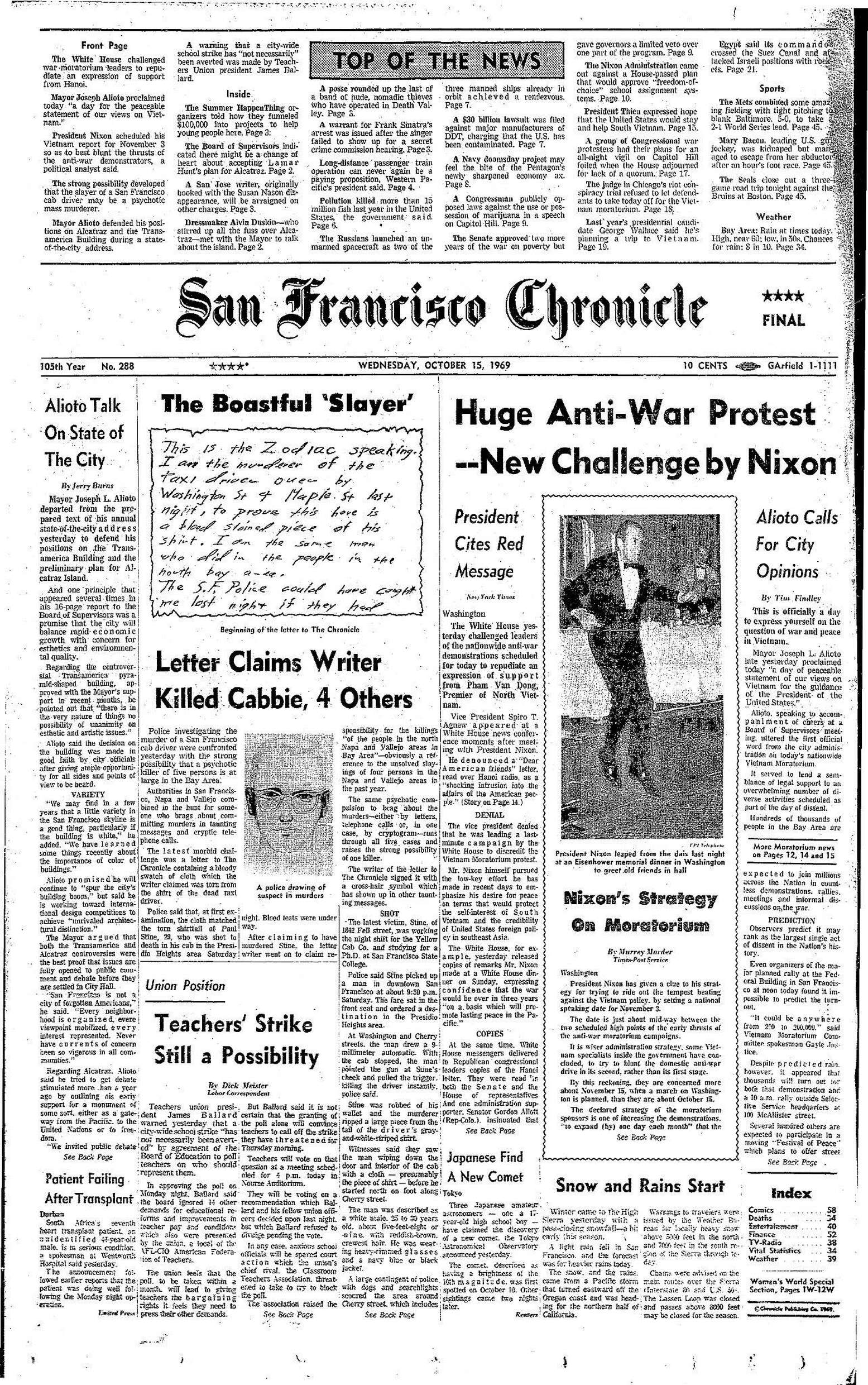 The section of the Zodiac letter printed on this front page reads: “This is the Zodiac speaking. I am the murderer of the taxi driver over by Washington St. and Maple St. last night, to prove this here is a blood stained piece of his shirt. I am the same man who did in the people in the North Bay Area.”

Re: "Chronicle Covers: When the Zodiac killer wrote to the newsroom"