I have some FBI documents about their investigation into the Minutemen from the mid 60's. The New York Minutemen were eventually busted. The files mention the Minutemen possibly being associated to a man, William E. Thoresen III, who was a suspect in the [then] recent murder of Valerie Percy in Chicago. The FBI believed that Thoresen and the Minutemen were making weapons deals with each other. Turns out they were right. The FBI ended up finding Thoresen and his wife in New York City, but Thoresen did not cooperate with them and would not answer any of their questions. He and his wife were arrested for illegal possession of weapons. I will post a thread on the Thoresen/Minutemen connection at a later time.

In these documents there is a long list of Minutemen members and suspected members from the New York, New Jersey and Pennsylvania areas. As I mentioned, there was eventually a bust. This bust may have provoked and enraged Minutemen leader, Robert DePugh. This bust happened a day or two (if I remember correctly) before the murder of Cheri Jo Bates.I will post these documents when I get a chance, and if anyone would like to help out with researching the names on this list then please do. I am looking for anyone who moved to California (any of the known Zodiac areas) before the Zodiac crimes happened. 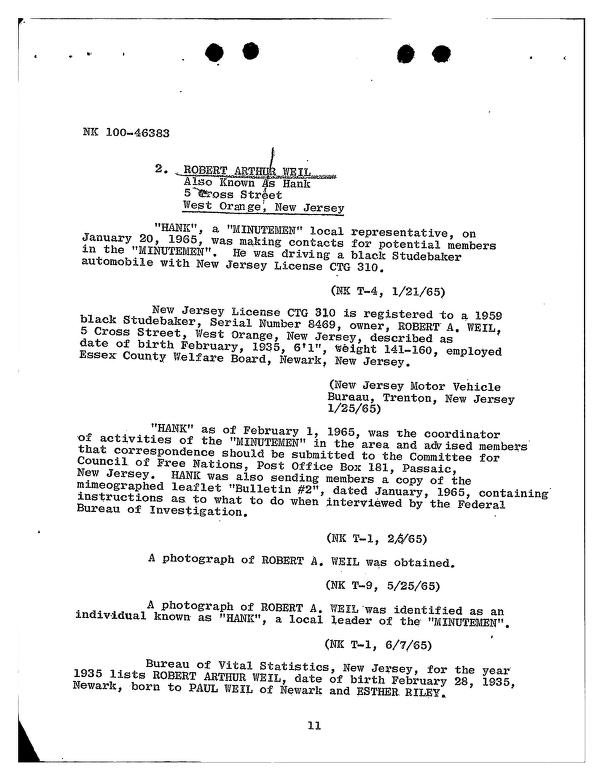 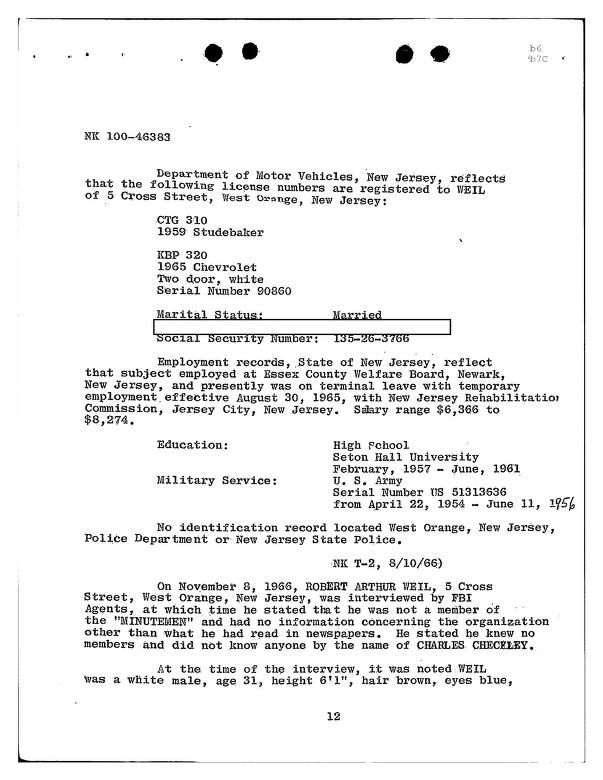 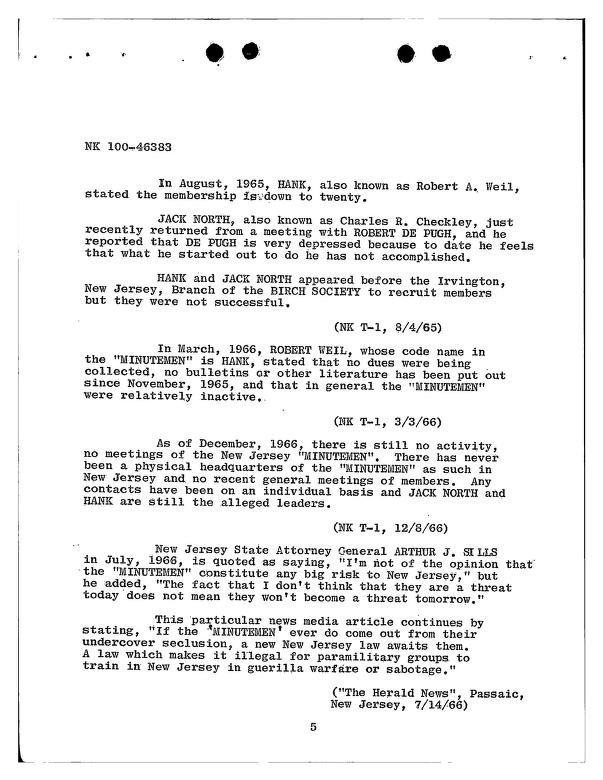 This took place just weeks before DePugh, Peyson and Houghton were found guilty on gun charges. And the Oct. 30, 1966 murder of Cheri Jo Bates was on the same exact day. IF the Minutemen were involved in the Zodiac crimes, then Cheri Jo's murder could have been an angry Minuteman lashing out over all of the recent Minutemen arrests.

Also note that the FBI files I posted on the Minutemen/William Thoresen were from late 1966, when the FBI was all over the Minutemen. 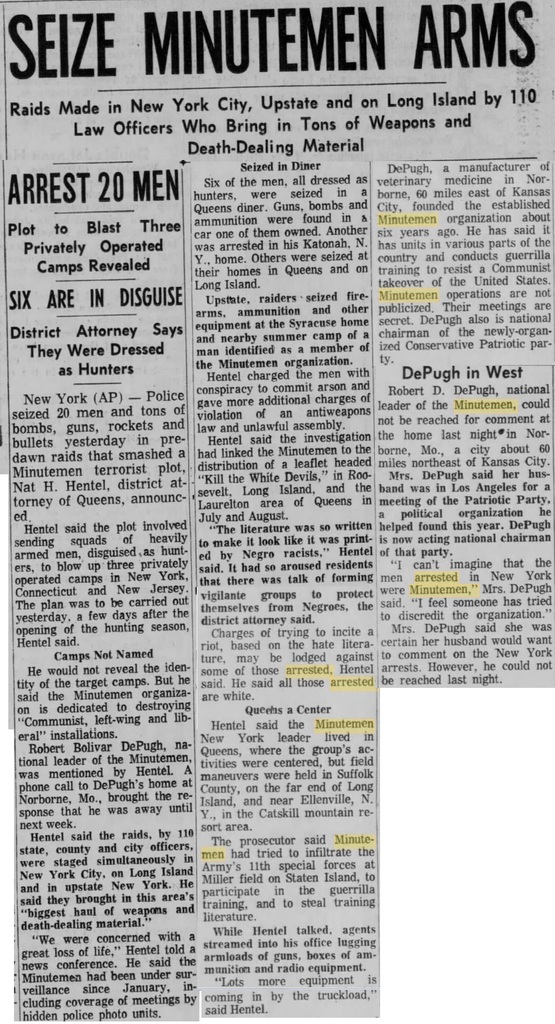 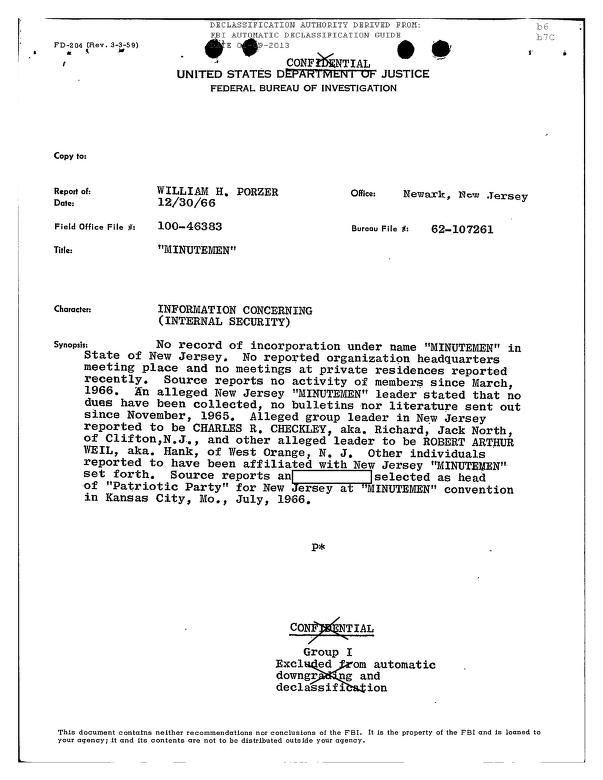 Wasn't there a big bust in Connecticut in the summer of 1966 as well? Some Minutemen trying to burn down a farmhouse IIRC.

JohnFester wrote:Wasn't there a big bust in Connecticut in the summer of 1966 as well? Some Minutemen trying to burn down a farmhouse IIRC.

There was. I'm not sure if they were trying to burn the house down or what, I forget the details. I will try to find an article on that.

The NY, NJ and Connecticut Minutemen were basically all just one chapter.

EDIT: Here we go. This is from August 1968. The arrest of the 20 Minutemen in NY was the same exact day that Cheri Jo Bates was murdered!!