Credit to morf of zodiackillersite.com for getting this. 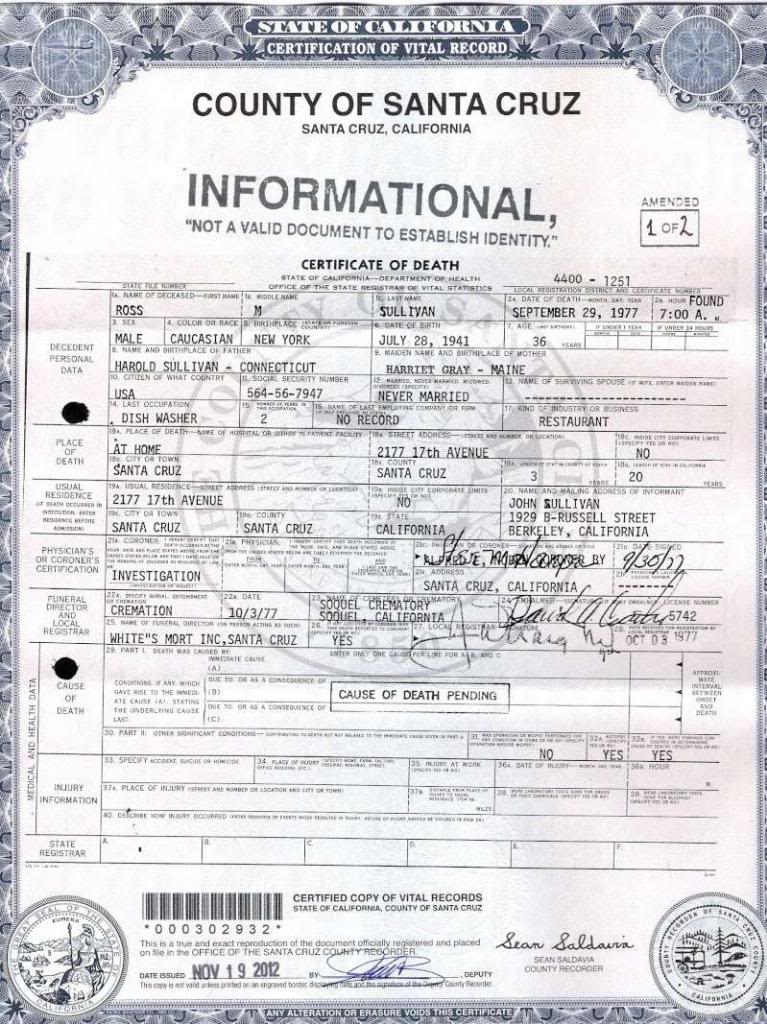 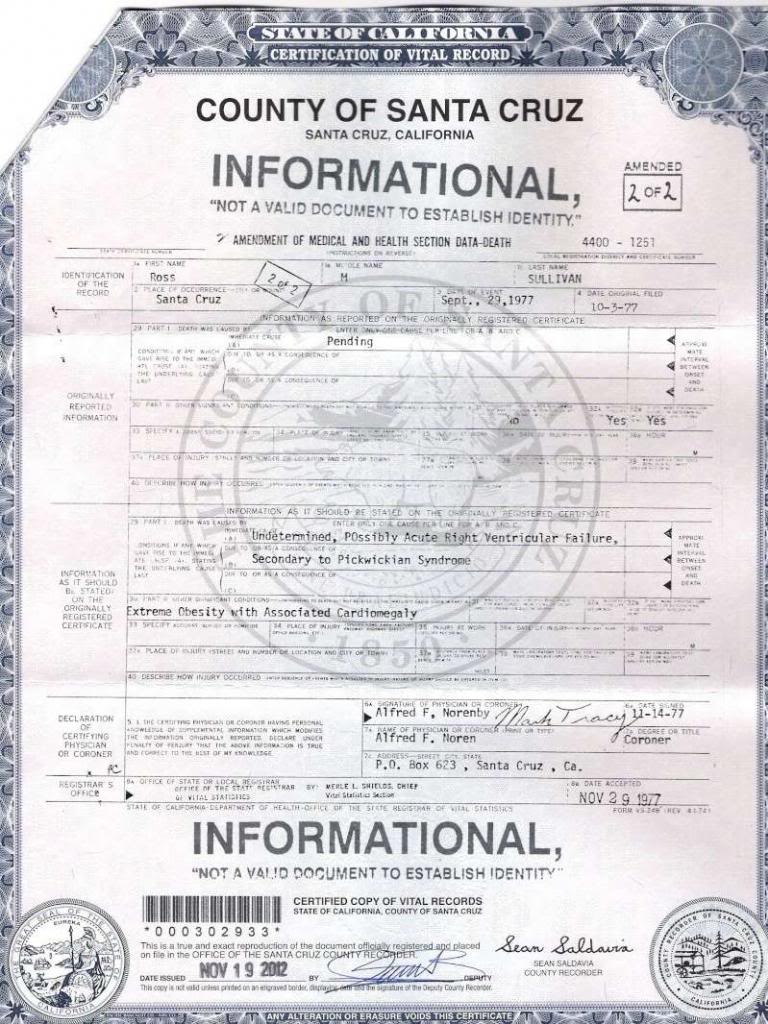 There was also a Dr. Norman Ross Sullivan who passed away 6 months before Ross, also in Santa Cruz.

It says "Dish Washer" for Ross' last occupation. I'm not sure when he last had a job, but I would like to find out the where he washed dishes at.

The death certificate says he died at home, on 17th Ave. in 1977. I found a 1970 newspaper article from the spouse of a POI who has a thread on this site. It was a letter from the wife saying that her and her husband ate at a restaurant called Facelli's, and that they highly recommend it to other readers. Facelli's was pretty far from 17th Ave., but it's hard to say if Ross lived at that address in 1970.

This letter in the paper also mentioned that the married couple had dined out quite often, so I'm wondering if maybe the husband pissed of a certain bus boy at one of the places they ate at. It would be great if we could get Ross' employment history. 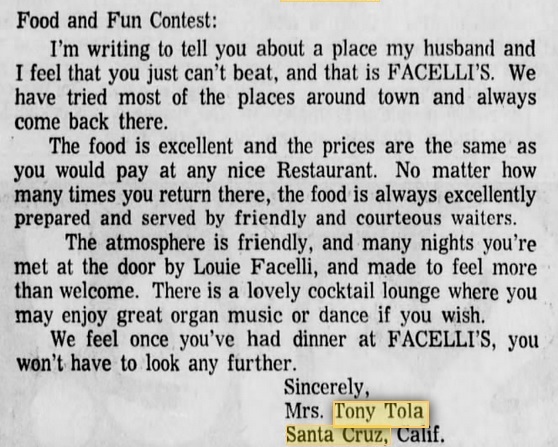